Tesla Slumps as Deliveries Disappoint Due to Logistic Snarls

OPEC+ to Consider Output Cut of More Than 1 Million Barrels

Get Ready for Another Bear-Market Rally, Strategist Emanuel Says

The stock, which had already more than halved this year before Monday’s sell-off, fell as much as 12% in Zurich trading to a record low that values the firm at less than $10 billion. That was accompanied by a spike in the cost to insure the bank’s debt against default, which jumped to its highest ever.

Koerner, for the second time in as many weeks, had sought to calm employees and the markets with a memo late Friday stressing the bank’s liquidity and capital strength. Instead, it focused attention on the dramatic recent moves in the firm’s stock price and credit spreads, and investors rushed for the exit when trading reopened after the weekend.

While acknowledging that the bank was at a “critical moment,” he pledged to send employees regular updates until the firm announces its new strategic plan on Oct. 27. At the same time, Credit Suisse again sent around talking points to executives dealing with clients who brought up the credit default swap, according to people with knowledge of the matter.

Sinking Credit Suisse Stock Is a ‘Buy for the Brave,’ Says Citi

While those are still far from distressed — and also part of a broad market selloff — they signify deteriorating perceptions of creditworthiness for the scandal-hit bank in the current environment. The swaps now price in a roughly 23% chance the bank defaults on its bonds within 5 years.

Some clients have used the rise in the CDS this year to ask questions, negotiate prices or use competitors, the people said, asking to remain anonymous discussing confidential conversations.

Credit Suisse declined to comment via a company spokesman.

Still, some prominent figures took to Twitter over the weekend to dismiss some of the rumors circulating on social media prompted by the widened CDS spread as “scaremongering.” Saba Capital Management’s Boaz Weinstein tweeted “take a deep breath” and compared the situation to when Morgan Stanley’s CDS was twice as wide in 2011 and 2012.

Koerner, named CEO in late July, has had to deal with market speculation, banker exits and capital doubts as he seeks to set a path forward for the troubled lender, which has been hit by a string of financial and reputational hits. The lender is currently finalizing plans that will likely see sweeping changes to its investment bank and may include cutting thousands of jobs over a number of years, Bloomberg has reported.

Analysts at KBW also estimates that the firm may need to raise 4 billion Swiss francs ($4 billion) of capital even after selling some assets to fund any restructuring, growth efforts and any unknowns.

Credit Suisse’s market capitalization has dropped to around 9.5 billion Swiss francs, meaning any share sale would be highly dilutive to longtime holders. The market value was above 30 billion francs as recently as March 2021.

Bank executives have noted that the firm’s 13.5% CET1 capital ratio at June 30 was in the middle of the planned range of 13% to 14% for 2022. The firm’s 2021 annual report said that its international regulatory minimum ratio was 8%, while Swiss authorities required a higher level of about 10%.

Regulators in both the UK and Switzerland, who have been keeping a close eye on Credit Suisse since the multi-billion dollar Archegos Capital loss in 2021, continue to monitor the bank’s stability, according to people with knowledge of the matter.

Spokespeople for the UK’S Prudential Regulation Authority and Switzerland’s Finma declined to comment.

The KBW analysts were the latest to draw comparisons to the crisis of confidence that shook Deutsche Bank AG six years ago. Then, the German lender was facing broad questions about its strategy as well as near-term concerns about the cost of a settlement to end a US probe related to mortgage-backed securities. Deutsche Bank saw its credit-default swaps climb, its debt rating downgraded and some clients step back from working with it.

The stress eased over several months as the German firm settled for a lower figure than many feared, raised about 8 billion euros ($7.8 billion) of new capital and announced a strategy revamp. Still, what the bank called a “vicious circle” of declining revenue and rising funding costs took years to reverse.

There are differences between the two situations. Credit Suisse doesn’t face any one issue on the scale of Deutsche Bank’s $7.2 billion settlement, and its key capital ratio of 13.5% is higher than the 10.8% that the German firm had six years ago.

The stress Deutsche Bank faced in 2016 resulted in the unusual dynamic where the cost of insuring against losses on the lender’s debt for one year surpassed that of protection for five years. Credit Suisse’s one-year swaps are still significantly cheaper than five-year ones.

Last week, Credit Suisse said it’s working on possible asset and business sales as part of its strategic plan which will be unveiled at the end of October. The bank is exploring deals to sell its securitized products trading unit, is weighing the sale of its Latin American wealth management operations excluding Brazil, and is considering reviving the First Boston brand name, Bloomberg has reported.

The bank today also decided to postpone its capital increase for a real estate fund amid high volatility in the market. The postponement echos a challenging period a year ago after the Greensill and Archegos scandals whereby the bank slowed down new fund issuance as it reigned in risk appetite.

The Unstoppable Dollar Is Wreaking Havoc Everywhere But America

The World Sees Brazil’s Election as a Climate Flashpoint. Brazilians Have Other Concerns

Cash Retakes Its Crown as the Fed Wrestles With Inflation

(Bloomberg) — Porsche AG stock traded below the price it debuted at last week, succumbing to the market pressures Volkswagen AG defied by going ahead with Europe’s biggest initial public offering in more than a decade.Most Read from BloombergCredit Suisse Turmoil Deepens With Record Stock, CDS LevelsTesla Slumps as Deliveries Disappoint Due to Logistic SnarlsOPEC+ to Consider Output Cut of More Than 1 Million BarrelsUkraine Latest: Zelenskiy Says Lyman ‘Fully Cleared’ of RussiansGet Ready for A

The Bank of England has been liaising with Swiss authorities after an attempt by Credit Suisse to calm nerves instead stoked fears of further turbulence in the financial system.

Bed Bath & Beyond stock is worth $2, Goldman warns

Bed Bath & Beyond remains in end days and will have major difficulties turning itself around, suggests new research from Goldman Sachs analyst Kate McShane.

Hollywood-Backed Startup Wants You to Try Its Low-Carb Bagel

(Bloomberg) — Most Read from BloombergCredit Suisse Turmoil Deepens With Record Stock, CDS LevelsTesla Slumps as Deliveries Disappoint Due to Logistic SnarlsOPEC+ to Consider Output Cut of More Than 1 Million BarrelsUkraine Latest: Zelenskiy Says Lyman ‘Fully Cleared’ of RussiansGet Ready for Another Bear-Market Rally, Strategist Emanuel SaysLiz Truss is standing by her Chancellor of the Exchequer Kwasi Kwarteng after the threat of a rebellion in the ruling party forced them into a humiliating

The Nasdaq futures were pulled lower on Monday by a fall in Tesla shares after the electric vehicle-maker failed to meet quarterly delivery targets, although the other two main indexes were headed for a positive start to the quarter. At 06:14 a.m. ET, Dow e-minis were up 100 points, or 0.35%, S&P 500 e-minis were up 5.5 points, or 0.15%, and Nasdaq 100 e-minis were down 24.5 points, or 0.22%. Tesla Inc fell more than 4% in premarket trade, as logistical challenges overshadowed its record vehicle deliveries, which were announced on Sunday.

Factories Making Towels and Bedsheets Are Shutting in Pakistan

(Bloomberg) — Pakistan’s small textile mills, which make products ranging from bedsheets to towels mainly for consumers in the US and Europe, are starting to shut after devastating floods wiped out its cotton crop.Most Read from BloombergCredit Suisse Turmoil Deepens With Record Stock, CDS LevelsTesla Slumps as Deliveries Disappoint Due to Logistic SnarlsOPEC+ to Consider Output Cut of More Than 1 Million BarrelsUkraine Latest: Zelenskiy Says Lyman ‘Fully Cleared’ of RussiansGet Ready for Anoth

Credit Suisse cut its target for the benchmark index by about 10% to 3,850 points on Monday, citing the impact of rising interest rates and slowing economic growth on third-quarter earnings. Citigroup trimmed its year-end target by a more modest 4% to 4,000. The S&P 500 has shed about 25.6% from its all-time peak of 4,818.62 hit in early January.

Charting for investing success in Q4 2022

Investors are wrapping up another dizzying quarter in the markets as the Fed hikes rates to curb inflation, midterm elections draw near, and retailers and consumers prepare for the holiday shopping season. Fundstrat Managing Director and Global Head of Technical Strategy Mark Newton, CMT, joins Yahoo Finance’s Jared Blikre to break down the market action and technicals in stocks, bonds, commodities, and crypto. Blikre will also demonstrate how to leverage the power of Yahoo Finance Plus for market technicals, fundamentals, and portfolio management. Not a subscriber?&nbsp;Start your free trial&nbsp;to join future webinars live!

Credit Suisse’s riskiest bonds sank Monday, and its shares hit fresh record lows, on concerns about the Swiss bank’s financial health. The stock was recently 8% lower at 3.66 Swiss francs, the equivalent of $3.71. A $1.55 billion additional tier-1 bond that can be redeemed from 2025 was recently bid at about 65.6 cents on the dollar, Tradeweb data showed Credit Suisse said in July it would refashion its investment bank and exit some other businesses to become a leaner, less risky institution, fo

Stock futures higher after a brutal end to September; Credit Suisse shares plunge on report of solvency concerns; Tesla boasts a record quarter for deliveries; OPEC+ promises to tighten the taps to lift prices, and Wall Street awaits Friday’s non-farm payrolls report for signs of whether the job market is cooling.

Tesla Slumps as Deliveries Disappoint Due to Logistic Snarls

(Bloomberg) — Tesla Inc. shares dropped in early trading after the carmaker blamed a disappointing deliveries report on shipment issues that increased the number of vehicles that were on their way to customers as the quarter came to a close.Most Read from BloombergCredit Suisse Turmoil Deepens With Record Stock, CDS LevelsTesla Slumps as Deliveries Disappoint Due to Logistic SnarlsOPEC+ to Consider Output Cut of More Than 1 Million BarrelsUkraine Latest: Zelenskiy Says Lyman ‘Fully Cleared’ of

The bank’s shares tumbled Monday, a day after it tried to assuage fears about its health in a memo to employees and phone calls to investors and clients. 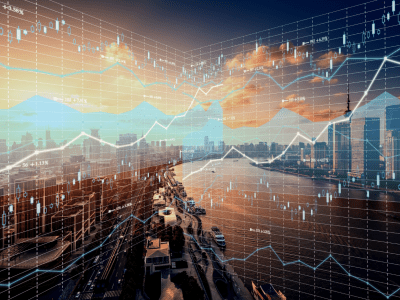