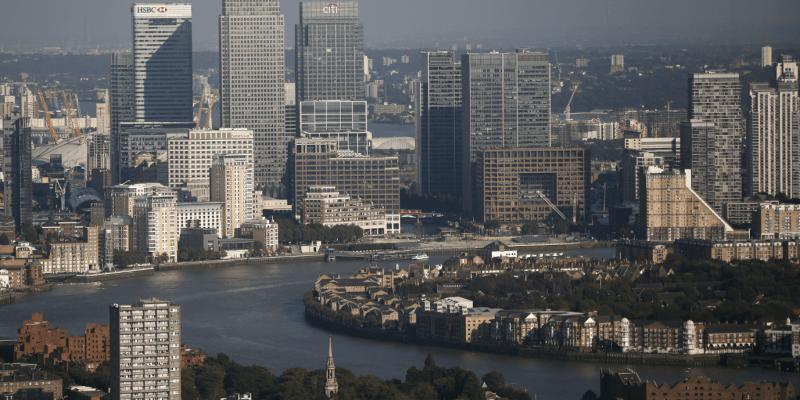 It’s becoming quite clear that Elon Musk no longer wants to buy Twitter Inc., at least not at the price he negotiated. But Twitter should not walk away without at least $1 billion — and potentially much more — for the trouble.

Musk’s bid for Twitter
TWTR,
+2.49%
has become one of the strangest M&A sagas Silicon Valley has ever seen. Here’s a quick recap: Musk bought some Twitter stock, agreed to be on the board, rescinded that agreement and made a bid to buy the company and take it private, and that bid was accepted. However, as stock prices have plunged in the overall market downturn, Musk has obviously suffered from buyer’s remorse and is saying that the deal is “on hold.”

One problem with that move is that it doesn’t exist.

“There is no procedural step in the closing of a company that is called ‘deal on hold,’ there is ‘no deal on hold’ built into the agreement,” said Stephen Diamond, associate professor at Santa Clara University School of Law.

It is sometimes hard to ascertain what is true when dealing with Tesla Inc.’s
TSLA,
+5.14%
chief executive, but one really obvious thing is true in this case: The two sides have a contract and it is legally enforceable. Musk is fishing for reasons he could back out of paying $44 billion for a company that would be lucky to trade for half that valuation without the bid — and is trading nearly 30% lower even with it — but likely hoping to avoid a $1 billion breakup fee that is part of the contract.

“Getting cold feet is no sufficient basis to withdraw….so presumably at this point if he really wanted out he would have said so, and they would demand the breakup fee,” Diamond said, adding that most of what Musk has been engaged in of late is noise “to find some leverage to renegotiate the deal.”

That noise has centered on the number of bot accounts on Twitter, which Musk believes exceeds the 5% amount that Twitter carefully claims in its filings with the Securities and Exchange Commission. Musk claimed over the weekend, without providing any evidence, that bots actually account for anywhere between 20% and 90% of Twitter users.

Twitter CEO Parag Agrawal showed Musk how to use actual evidence and knowledge of the inner workings of social media in discussing bots on Twitter after Musk made a bunch of noise. Musk, in response, sent Agrawal a poop emoji, showing exactly the level of discourse he is able to have on the subject.

If all this seems to you like something that should have been hashed out in the due-diligence portion of the deal-making process, you’re not wrong. However, Musk waived his right to perform due diligence on Twitter before signing the deal, as outlined in Twitter’s SEC filing detailing the run-up to the acquisition that was filed Tuesday morning.

“Mr. Musk also disclosed that his acquisition proposal was no longer subject to the completion of financing and business due diligence,” Twitter stated in its recap of how the deal went down.

Musk is also not learning about bots on Twitter for the first time. As Diamond noted, Musk talked about solving the bot issue as one reason he was buying Twitter in the news release announcing the deal.

“Isn’t the whole point of him buying it to make it better, so he could improve it?” Diamond asked.

It might be helpful to recap again here, and use a metaphor. What Musk has done is akin to a normal person agreeing to waive all inspection contingencies in order to buy a house, signing a contract on the house while publicly proclaiming “I’m going to fix this place up from the dump it is now,” then deciding during the closing period that the house is too much of a dump and demanding to be let out of the contract while personally attacking the seller.

So what should Twitter do about Musk? Let me ask you what you would do as the selling homeowner in that situation: Let the buyer walk, sell the house to the buyer at a discounted rate, or hold the buyer’s feet to the fire and get every cent guaranteed in the contract both of you signed?

For Twitter’s board and its executives, they have to continue forward with the deal as agreed upon, and they have to ignore Musk’s actions, which may be crossing some legal lines, until they can close a deal. At the very least, Musk should have to pay $1 billion if he is found in breach of failing to close the deal.

In addition, since his recent actions on Twitter could potentially be considered as disparaging the company, which he agreed not to do when he signed the merger agreement, he could eventually be subject to further legal action by Twitter.

“They don’t want to sue this guy, they want to sell the company,” Diamond said. “At the end of the day, what value are those sorts of lawsuits? They will focus on moving ahead with the deal as agreed, and that’s it, and let Musk try to find some leeway to renegotiate the price.”

And the board could seek to do much more than that. If Twitter holds up its end of the bargain and Musk does not, the board could sue him for “specific performance,” which would force him to go through with the acquisition as specified in the contract, if successful. While that is unlikely and would likely lead to a long and arduous legal fight, the threat of it could lead to a settlement of more than the $1 billion it seems obvious Musk would owe in this situation. Diamond noted, though, that the addition of the specific performance clause, which is slightly rare, is an indication that Twitter was aware Musk could behave in this manner.

The Twitter board owes its shareholders every cent it can pull out of the pockets of the world’s richest man after what he has put the company, its investors and its employees through in the past month. It is their fiduciary duty to do so, and Musk has given them every reason to stand strong against him.