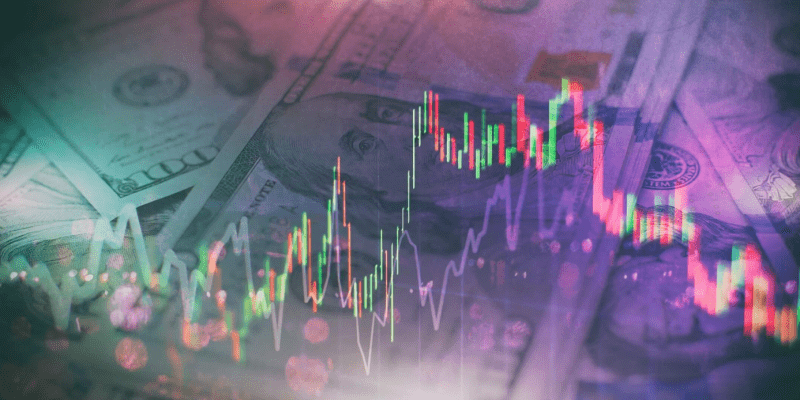 FTX, the unraveling cryptocurrency exchange, has plummeted from its high-profile perch straight into bankruptcy court.

On Friday morning, FTX and related entities including Alameda Research, its affiliated crypto trading firm, filed a Chapter 11 bankruptcy petition in the U.S. Bankruptcy Court for the District of Delaware. FTX has a reported $8 billion shortfall, and the firm’s CEO, Sam Bankman-Fried, has resigned.

The fall from grace has been swift. Now, however, the court-monitored resolution about which creditors — from lenders to account holders — will get paid and how much they will receive may be time-consuming and complicated, experts say.

“Customers should prepare for what could be a very messy and complex bankruptcy case,” said Daniel Besikof, partner at Loeb & Loeb.

But should they prepare to get their money back? That’s a potentially different story, Besikof said.

But if the deposits are viewed as the property of FTX, chances are customers will not receive distributions until a court-ordered repayment plan is hammered out — “which is several months away, at least,” Besikof said.

“We really only have these three and we still are figuring them out,” said Christopher Odinet, a University of Iowa professor of law and finance who focuses on cryptocurrencies and nonfungible tokens and how they mesh with commercial lending and bankruptcy rules.

So the FTX proceedings will likely get mixed up with open legal questions — and there are plenty. Here are a few, according to Besikof: Who owns crypto assets? Are customer recovery claims valued in cryptocurrency or U.S. dollars? And when does the valuation occur?

Cryptocurrencies trade 24/7 instead of during traditional stock-market trading sessions. On Friday, Bitcoin
BTCUSD,
-1.55%
was taking a pounding and hovering around a two-year low.

“Filing for bankruptcy was the appropriate move to give the FTX Group “the opportunity to assess its situation and develop a process to maximize recoveries for stakeholders,” John Ray, the firm’s newly appointed CEO, said in a statement.

The company had “valuable assets” and Ray said he wanted to “ensure every employee, customer, creditor, contract party, stockholder, investor, governmental authority and other stakeholder that we are going to conduct this effort with diligence, thoroughness and transparency.”

What is Chapter 11 bankruptcy?

There are different chapters of the U.S. bankruptcy code. One of them is Chapter 11.

In this part of the code, the debtor — here FTX, Alameda Research et al. — files to reorganize the business and pay its creditors. That’s in contrast to other parts of the bankruptcy code, like Chapter 7, where a business liquidates property in order to pay off creditors.

A bankruptcy case hits pause on anyone’s attempt to recover assets outside of bankruptcy court, Besikof explained. “The FTX collapse was extremely rapid, so I imagine FTX will need to use that breathing spell to get its act together very quickly. In the meantime, account holders should expect withdrawals to remain frozen for the time being.”

In a late Thursday tweet regarding withdrawals from FTX US, the company said that ethereum
ETHUSD,
-2.23%
withdrawals “will resume shortly, our apologies on the delay.” FTX did not immediately respond to a request for comment on withdrawal status.

Who are FTX’s creditors?

FTX’s bankruptcy petition estimates it has more than 100,000 creditors (that’s the highest box that can be checked). But who are they?

They could also include lenders, workers, software providers, suppliers, independent contractors and others, Odinet said. “This is going to create a lot of competition and conflict between all the customers” and everyone else vying to reclaim money, he noted.

This is why it’s critical to see what the company’s terms of service say about customer assets, Odinet said. If customer assets are interpreted by the court as actually belonging to the company, they’ll become assets that other creditors will argue they have a claim on, he said.

In his study of various crypto-exchange service terms, Odinet said he has seen exchanges stating they do not own the crypto but just hold it on a person’s behalf. He’s also seen terms saying the exchange controls the asset and the user is just making “buy” and “sell” orders that the platform grants. And he’s seen unclear wording.

“More often than not, it’s typically unclear how the company holds the asset,” Odinet said.

FTX’s service terms indicate that digital assets belong to the customer, he noted. For example, the terms say: “Title to your Digital Assets shall at all times remain with you and shall not transfer to FTX Trading.”

But there may still be questions. “Sometimes the way people think things are when they are interacting with these crypto companies and the way things actually are from a legal perspective is quite different,” Odinet said.

Secured creditors have collateral, which, Besikof explained, is “a huge advantage because they are entitled to recover the value of that collateral in bankruptcy.”

Unsecured creditors, on the other hand, lack collateral. So they share remaining proceeds “after standing in line behind secured creditors and the bankrupt company’s professional fees,” he said.

That’s still undetermined, Besikof said. “If the customers own the coins, then they should be able to take their coins back and not be treated as unsecured creditors.”

However, “if the coins are property of the estate, then likely yes,” the account holder would be unsecured, he said.

Despite all the drama surrounding the FTX collapse, the initial bankruptcy filing is pretty dry and consists primarily of boxes to check. But there is one checked box worth considering.

In the “estimation of available funds,” lawyers for FTX and Alameda Research marked the box saying: “Funds will be available for distribution to unsecured creditors.” That’s no guarantee of what comes next, said Besikof. “It’s significant, but it’s also standard in cases that are not totally devoid of assets.”

Crypto regulation — or the lack of it

But even if the assets are the customer’s property in the eyes of the bankruptcy judge, experts note, there’s still an issue.

If a traditional bank suddenly gets drained of cash, there are government backstops, starting with the Federal Deposit Insurance Corporation, which was created in the wake of Depression-era bank runs. But there is no government insurance tailored for this modern-day crypto liquidity crunch, Odinet noted.

Cryptocurrencies and brokerages that trade them remain unregulated, which means it may not be legally possible for any government agencies to step in to reimburse FTX customers, said corporate lawyer Eric Snyder, chairman of bankruptcy at Wilk Auslander.

“Absent any regulation, it’ll be difficult to show fraud if the agreements between FTX and their customers allowed FTX to use investments at their discretion,” Synder said.

“Crypto is not regulated like other financial companies. They don’t have the same laws protecting investors. In an unregulated market, it may come down to what the customer agreed to.”

–Steven Gelsi contributed to this report

These 3 Dividend Energy Stocks Can Help Protect Against High Inflation