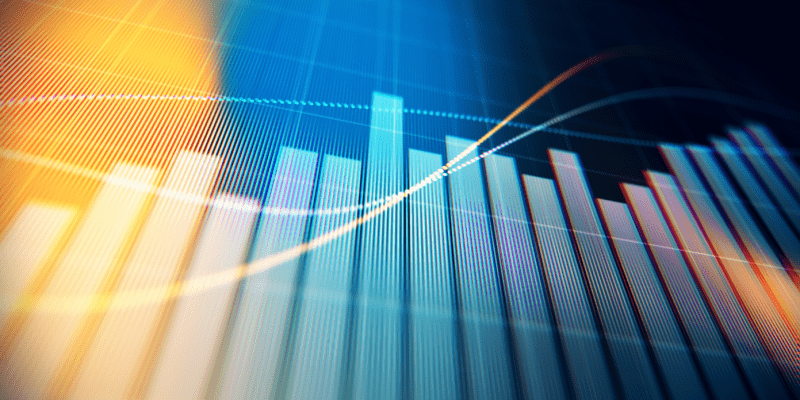 (Bloomberg) — In most market environments, a company with one of the lowest valuations in the Nasdaq 100 Index, a solid balance sheet and sales growth averaging 34% a year would be an obvious buy. In the case of Meta Platforms Inc., it’s not so obvious.

Since Mark Zuckerberg’s announcement a year ago of a name change and strategy overhaul for the owner of Facebook, the stock has wiped out more than half the gain it had seen since its initial public offering a decade ago. That’s cost Meta $600 billion in market value and a spot in the elite club of the US’s 10 biggest companies.

Analysts predict Meta’s revenue will drop this year for the first time ever, as competition and cooling economies, among other factors, cut into ad sales. User growth at its flagship product, Facebook, has slowed as a younger generation flocks to newer sites like TikTok. Meanwhile, the company is spending billions to realize Zuckerberg’s vision of the metaverse, that still-to-be-realized virtual world where people will work, shop and socialize.

Which brings us back to the case for Meta being an obvious buy. So-called value investors, who love stocks that are widely out of favor, already started to build positions in the company this year. They may find it even more attractive now that it’s priced at only 10 times forward earnings, down from an average of 28 over the past decade and cheaper than old-school, dotcom-era tech favorites such as Intel Corp. and Cisco Systems Inc.

Analysts predict that sales growth will resume in 2023 and rebound to double digits the year after that. The Menlo Park, California-based company is focused on a capitalizing on Instagram Reels, its rival to the TikTok video-sharing app.

And Zuckerberg last month said the company will freeze hiring and restructure some teams to trim expenses and realign priorities, an acknowledgment that its days as a growth darling are over.

“While macro challenges persist, we believe improved Reels monetization, newer ad formats, and a greater focus on expenses create a compelling risk/reward in shares,” Ronald Josey, an analyst at Citigroup Inc., wrote in a report last week. He sees the stock gaining 70% in the next year.

Still, Meta is one for the brave in a world where tech stocks face an uphill battle of rising interest rates. The stock has fallen 61% in 2022, almost double the decline of the Nasdaq 100, pushing its market value down to around $350 billion from more than $1 trillion at its peak last year.

Tech Chart of the Day

Thursday’s roaring rebound aside, this has not been a good year for technology stocks, with the Nasdaq 100 ending at least 1% lower in about a third of the trading sessions. That puts the tech gauge on track for the most number of days with at least a 1% drop since 2002. The Nasdaq 100 rose 1% on Friday.

Twitter Inc.’s lawyers tried again last week to learn what Elon Musk had told federal authorities who were investigating his attempt to take the social media company private. The attorneys wrote to a judge on Oct. 6 saying they needed documents about the probes, according to a letter unsealed in court Thursday.

Musk warned his company SpaceX cannot help carry the cost of high-speed broadband internet for Ukraine indefinitely, after an earlier furor over his public comments suggesting the government in Kyiv cede territory in exchange for peace with Russia.

Fantasy sports site FanDuel won its appeal in a New York case brought by former founders, early investors and employees who claimed they were cheated out of the proceeds of its 2018 merger with Irish bookmaker Flutter Entertainment Plc.

Meta Platforms urged a judge to reject the US Federal Trade Commission’s attempt to block the company’s acquisition of virtual reality app Within Unlimited, saying the agency’s claims about competition in the area are based on “pure speculation.”

The Biden administration’s restrictions on semiconductor technology exports to China are designed to help the US maintain as large a lead in technology as possible over rivals, said a US official, who also addressed national security concerns such as China’s efforts to develop artificial intelligence that has military uses.

Taiwan Semiconductor Manufacturing Co. shares had their biggest jump in three months after the company slashed its 2022 capital spending target by roughly 10% and reported better-than-expected earnings.

Between Cornell and Colgate, a Hard Lesson in College Economics

(Bloomberg) — Since 1824, it’s sat at a quiet crossroads of American higher education, surrounded by richer, more prestigious institutions like Cornell University and Colgate University.Now, tiny Cazenovia College, in rural upstate New York, is fast becoming a case study for the financial pressures driving scores of small, not-so-famous colleges to the brink. At a time when even some big, well-known universities are feeling pinched — and the cost and value of a college degree are in question –

McDonald’s Corp (NYSE: MCD) said its Board of Directors approved a 10% increase in quarterly cash dividend to $1.52. The dividend is payable on December 15, 2022, to shareholders of record at the close of business on December 1, 2022. The new dividend of $1.52 per share is equivalent to $6.08 annually. Also Read: McDonald’s Temporarily Defeats Black Franchisees’ $1B Bias Lawsuit The company has raised its dividend for 46 consecutive years since paying its first dividend in 1976. McDonald’s held

Judges from the U.S. Court of Appeals in Chicago granted 3M Co’s (NYSE: MMM) bankrupt subsidiary, Aearo Technologies, a quicker-than-normal process for the review of the bankruptcy-court ruling. The nod puts more than 230,000 lawsuits accusing the company of harming U.S. soldiers on a faster track to resolution. The bankruptcy ruling has allowed personal-injury claims against 3M, which didn’t seek chapter 11 protection itself, to continue proceeding on behalf of U.S. military veterans who allege

Sensitive teeth? This gentle $6 whitening pen ‘worked better than a visit to my dentist!’

This couldn’t-be-easier-to-use tool rivals professional whitening at a fraction of the cost. Grab it on sale.

Tesla Sinks 50% From November Record High as Troubles Pile Up

(Bloomberg) — Tesla Inc. shares tumbled about 50% from their all-time high, amid a broader selloff in the US stock market that has hit growth and technology companies especially hard. Most Read from BloombergRolex Prices to Drop Further as Supply Surges: Morgan StanleyDiesel Hits Chaos Mode in Fresh Blow for Global EconomySecret Service Minimized Threats Before Jan. 6, Documents ShowNATO-China Tension Over Ukraine Flares at Conference in IcelandThe electric vehicle-maker’s shares closed down 7.

What’s Going on With Tesla Stock?

It’s never a dull time analyzing Tesla’s (NASDAQ: TSLA) stock. The innovative electric-car company always seems to have something interesting going on. In this video, we take a beginner-friendly walk-through of Tesla’s second-quarter earnings transcript.

Since hitting their respective all-time highs between mid-November and the first week of January, the iconic Dow Jones Industrial Average (DJINDICES: ^DJI), benchmark S&P 500 (SNPINDEX: ^GSPC), and growth-dependent Nasdaq Composite (NASDAQINDEX: ^IXIC) have plunged by as much as 22%, 26%, and 34%, through Oct. 10, 2022, and are firmly in the grips of a bear market. Regardless of whether you’re a tenured or new investor, bear markets can be scary. Of course, history also shows that buying during these bear market dips is the smartest thing patient investors can do.

(Bloomberg) — Federal Reserve Bank of St. Louis President James Bullard left open the possibility that the central bank would raise interest rates by 75 basis points at each of its next two meetings in November and December, while saying it was too soon to make that call.Most Read from BloombergRolex Prices to Drop Further as Supply Surges: Morgan StanleyDiesel Hits Chaos Mode in Fresh Blow for Global EconomySecret Service Minimized Threats Before Jan. 6, Documents ShowNATO-China Tension Over U

Things have been even worse for the technology stock-driven Nasdaq Composite (NASDAQINDEX: ^IXIC). Historically, every double-digit percentage decline in the major U.S. stock indexes, including the Nasdaq, has eventually been placed in the rearview mirror by a bull market rally. This makes every bear market a surefire buying opportunity for patient investors.

Tesla Stock Is Down 50% From Its High. Time to Buy?

Investors were surprised by the big rally in the stock market on Thursday, but Friday brought another dose of reality and disappointment. After having posted monumental gains despite high readings on inflation, the Nasdaq Composite (NASDAQINDEX: ^IXIC) closed at its worst level of the year, and the S&P 500 (SNPINDEX: ^GSPC) and Dow Jones Industrial Average (DJINDICES: ^DJI) gave up most of their advances from earlier in the week. One of the biggest stock stories of the past several years has been Tesla (NASDAQ: TSLA).

(Bloomberg) — Inflation shows few signs of cooling in the economy. The same cannot be said of markets, which are starting to seem like the only thing the Federal Reserve has going for it these days.Most Read from BloombergRolex Prices to Drop Further as Supply Surges: Morgan StanleyDiesel Hits Chaos Mode in Fresh Blow for Global EconomySecret Service Minimized Threats Before Jan. 6, Documents ShowNATO-China Tension Over Ukraine Flares at Conference in IcelandEven with Thursday’s big bounce, the

There’s no rush to buy I-bonds

This week’s worse-than-expected inflation report led to turmoil in more than one market, but you only read about one of them. What got far less attention was the flurry of excitement that the inflation report caused in the normally-staid I-bond market.

2 Dividend Stocks Under $10 With at Least 10% Dividend Yield