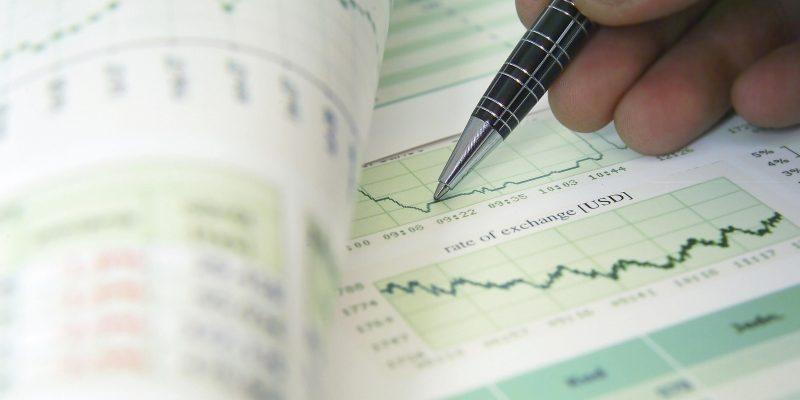 (Bloomberg) — Ye, formerly known as Kanye West, has agreed to buy Parler, a social media platform that has been embraced by conservatives who departed Twitter over allegations of political censorship.

Stocks Kick Off the Week With Rally After Selloff: Markets Wrap

Goldman Shakes Up Leadership Ranks in Yet Another Overhaul

Parlement Technologies, the parent company behind Parler, announced Monday that it plans to sell the social media platform to the hip-hop icon for an undisclosed amount. The deal would include technical support from Parlement, such as cloud services.

Ye is buying his own social media platform at a time when the biggest tech firms are struggling with how to control and manage some of their largest users, and marks the continuing development of alternative social media sites.

“In a world where conservative opinions are considered to be controversial we have to make sure we have the right to freely express ourselves,” Ye said in a statement on Monday.

Ye has recently faced restrictions from the major social media platforms for breaking content policies. Twitter removed an antisemitic tweet from Ye last week and locked his accounts, just a day after he returned to the platform for the first time in nearly two years. Instagram has also deleted posts.

Parler was also banned from the app stores of both Google and Apple Inc after violating their policies in January 2021 following the US Capitol insurrection. The app returned to the Apple platform in May 2021, but only returned to Google’s main app store last month.

Parler is among a growing group of so-called alt-media sites that aim to give conservatives a forum to share views they feel are silenced on mainstream outlets. But the platforms have struggled at times to fulfill their users’ expansive definition of free speech while complying with app store policies.

Last month, Rumble Inc., the conservative video network backed by billionaire Peter Thiel and venture capitalist and Republican Senate candidate J.D. Vance, became a publicly traded company through a deal with a blank-check firm. The shares rose as much as 40% during the company’s first day of trading and it is now worth $2.6 billion.

Tesla Inc. Chief Executive Officer Elon Musk, who welcomed the rapper back to Twitter just hours before Ye’s account was locked, has decided to proceed with his offer to purchase Twitter after months of back-and-forth negotiations. Musk has said he will prioritize free speech on Twitter and criticized its decision to ban individuals such as former President Donald Trump for violating its rules.

Trump’s rival platform Truth Social has been available in the Apple App Store since February but has yet to launch in the Google Play store.

Parler Chief Executive Officer George Farmer is married to Candace Owens, a conservative influencer, and is the son of Michael Farmer, who is the founder of metal trader Red Kite Capital Management, a member of the U.K’s House of Lords and former treasurer of the Conservative Party.

It is also unclear how Ye intends to finance the deal. An unaudited balance sheet of his finances reviewed by Bloomberg last year showed that he had $122 million in cash and stock, with billions more in other assets such as Yeezy. His Yeezy business made $191 million in royalties from a sneaker deal with Adidas in 2020, Bloomberg previously reported.

However, the artist has also launched high profile fights via Instagram with his corporate partners, including Adidas and Gap. Ye has also recently caused controversy after wearing a shirt at Paris fashion week that said “White Lives Matter.”

Ye’s user profile on Parler, linked from the press release announcing the deal, was created on Monday and as of 11:30 BST had 91 followers.

A Digital Drive to Reform the $11 Trillion Global Gold Market

Bitcoin Fails to Produce 1 Block for Over an Hour

There hasn’t been a block mined on the Bitcoin blockchain for more than one hour, leaving thousands of transactions stuck in an unconfirmed state.

When a Washington state beauty salon charged Simran Bal $1,900 for training after she quit, she was shocked. Not only was Bal a licensed esthetician with no need for instruction, she argued that the trainings were specific to the shop and low quality. Bal’s story mirrors that of dozens of people and advocates in healthcare, trucking, retail and other industries who complained recently to U.S. regulators that some companies charge employees who quit large sums of money for training.

(Bloomberg) — The three countries that helped Moscow to maintain crude exports in the wake of its invasion of Ukraine appear to be stepping back into the market for Russian barrels, with Turkey taking a lead role in the latest buying.Most Read from BloombergRussia Hits Ukrainian Capital Kyiv With Kamikaze DronesStocks Kick Off the Week With Rally After Selloff: Markets WrapGoldman Shakes Up Leadership Ranks in Yet Another OverhaulThe Time to Buy the Dip Is Fast Approaching — for One CountryA ma

(Bloomberg) — The Federal Reserve’s fight against inflation has veteran fund manager Mark Mobius warning that interest rates will soar to 9%.Most Read from BloombergRussia Hits Ukrainian Capital Kyiv With Kamikaze DronesStocks Kick Off the Week With Rally After Selloff: Markets WrapGoldman Shakes Up Leadership Ranks in Yet Another OverhaulThe Time to Buy the Dip Is Fast Approaching — for One Country“If inflation is 8%, the playbook says you’ve got to raise rates higher than inflation, which mea

(Reuters) -American rapper Kanye West, who now goes by Ye, has agreed in principle to buy Parler, the social media platform popular among U.S. conservatives, parent company Parlement Technologies said on Monday. Nashville-based Parler, which has raised about $56 million to date, said it expects the deal to close during the fourth quarter of 2022. Parler, which launched in 2018, has been reinstated on Google and Apple Inc’s app stores after being removed following the U.S. Capitol riots in January 2021.

U.S. House Speaker Nancy Pelosi’s husband sold call options in chipmakers Micron Technology and Nvidia for a loss of under $1 million, according to a new transparency filing. In a periodic transaction report dated Friday, the senior Democrat disclosed that her husband, financier Paul Pelosi, lost $392,575 in the sale of Micron call options he had purchased in December 2021. The report also showed he sold Nvidia call options bought in July 2021 for a loss of $361,476.

(Bloomberg) — Investors are looking beyond a looming global recession and they see one country – and its financial markets – emerging strongest on the other side.Most Read from BloombergRussia Hits Ukrainian Capital Kyiv With Kamikaze DronesStocks Kick Off the Week With Rally After Selloff: Markets WrapGoldman Shakes Up Leadership Ranks in Yet Another OverhaulThe Time to Buy the Dip Is Fast Approaching — for One CountryUS stocks and bonds will lead the way out of the current wave of market turm

Wall Street’s main stock indexes rallied as much as 3% on Monday, catalyzed by better-than-expected Bank of America earnings, while traders debated whether recent wild swings signaled some sort of bottom was forming after new-bear market lows were reached last week. On Thursday the benchmark S&P initially nosedived to its lowest since November 2020 after hotter-than-expected consumer Prices data reinforced expectations that the Federal Reserve’s aggressive rate hike path would trigger a recession. Obviously, the positive BofA earnings as well as and others have caused positive movement – while EPS growth is lower than previous quarters, it’s better than expected.

Cathie Wood Doubles Down on These 2 Innovation Stocks

Not many hedge managers have ignited as much controversy as Cathie Wood. The founder of Ark Invest has built her brand on running against the crowd. From her early embrace of tech stocks to her outspoken political conservatism, Cathie Wood has always been something of a lightning rod. Wood is staking her reputation and fortune on a belief that new technologies, and especially the way that new technologies will interact with each other, are going to completely transform our world. In her view, se

A recent study from the career experts Zety says that 40% of respondents fear retirement more than death. And almost nine in 10 responded that their biggest retirement fear is not having enough income. For married couples, planning retirement for two people can … Continue reading → The post Average Retirement Savings for Married Couples By Age appeared first on SmartAsset Blog.

Roblox Corp. shares surged more than 20% Monday, heading for their best one-day performance in nearly a year, after the youth-oriented social-media platform reported figures for September that suggested a turnaround from a yearlong slog.

(Bloomberg) — A strange thing keeps happening in this nightmare year on Wall Street: Seemingly surefire bets that outsize volatility will engulf equity indexes keep misfiring, even as those riding turmoil in single stocks pay off handsomely.Most Read from BloombergRussia Hits Ukrainian Capital Kyiv With Kamikaze DronesStocks Kick Off the Week With Rally After Selloff: Markets WrapGoldman Shakes Up Leadership Ranks in Yet Another OverhaulThe Time to Buy the Dip Is Fast Approaching — for One Coun

Cathie Wood Doubles Down on These 2 Innovation Stocks